Modern office center, which consists of a showroom, office and warehouse space. Parking lot for 12 cars is nearby. The center is equipped with external and internal video surveillance, alarm and fire protection system. It has established satellite TV. The office center is located on the main highway.

Herceg Novi is a coastal town in Montenegro, located at the entrance to Boka Kotorska bay at the foot of the mountain Oren. The population of the city is 17 thousand people. This small town is considered as one of the earliest settlements in the Adriatic Sea. In Herceg Novi has a very turbulent history with a variety of invaders, each of which has left its mark on the architecture of the city, making it the most picturesque on the coast of Montenegro. Herceg Novi is a major tourist resort in Montenegro, well known as a wellness center and many tourists come here for the SPA-procedures.

Together with the neighboring town of Igalo, Herceg Novi is famous for its curative mud and mineral springs, which in Serbian called "igaljsko blato" and "igaljske slatine" respectively. In the bay of Boka Kotorska, the city has a small beach with pebbles or concrete platforms, so Herceg Novi can not be considered a beach resort. But good beaches can be reached by small boat. Directly in front of the city Lustica Bay is located, which has wonderful places, such Zhaynik or Miriste. Herceg Novi has very developed nightlife infrastructure - a great number of clubs and bars. Every year on February 24 at Herceg Novi festival «JUK Herceg-Fest» takes place, so you can get on the film and music festivals , performances at local theaters, mimosa festival and so on. 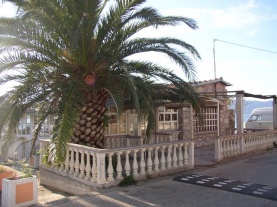 A cafe with sea view in Kumbor

A cafe with terrace in Herceg Novi

Restaurant and apartments on the first line