The pearls of Adriatic Sea in Montenegro 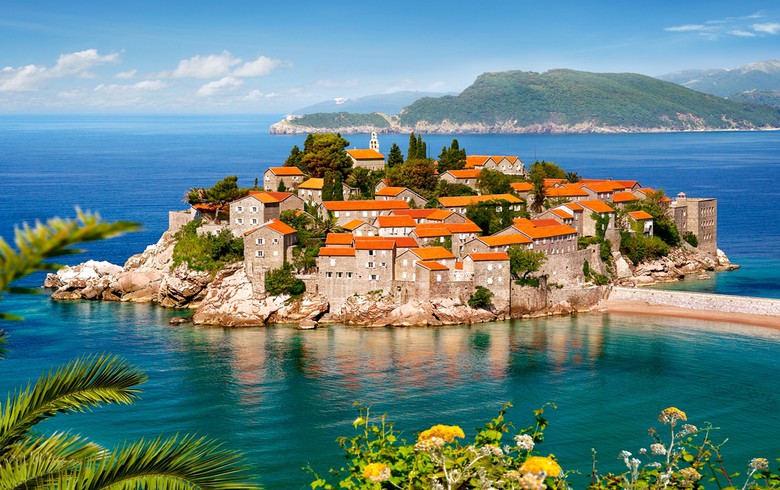 After meeting the astonishing Boka Bay and dynamic Budva it is time to introduce you to the Pearls of Adriatic sea. One of the most iconic images associated with Montenegro is the tiny islet of Sveti Stefan. The amazingly picturesque island is perched on an outcrop of rock and joined to the mainland by a narrow isthmus which arcs out into two perfectly formed sandy beaches. Once again a luxury resort now owned and run by Aman Resorts it has had a fascinating history.

The adaptation and renovation of the abandoned houses started in 1954 and remarkably by 1957, they have been turned into a unique town-hotel - the most attractive and luxurious hotel complex in the Adriatic and the Mediterranean, intended for tourism at the highest level. The renovation was done expertly so the buildings from the outside looked exactly as they were before.

By the 1970s Sveti Stefan had become famous for attracting the global jet-set as well as Hollywood stars including Sofia Loren, Richard Burton, Elisabeth Taylor and many others.

In early 2007, Aman Resorts, a Singapore based luxury resort operator won a contract to lease Sveti Stefan, along with Miločer and Kraljična beach resorts for 30 years. Sveti Stefan was finally re-opened and relaunched in 2010 with a concert by Italian tenor Andrea Bocelli. The site now incorporates two kilometres of coastline including the sandy beaches of Sveti Stefan, Miločer beach, and the famous Queens beach.

Budva's Riviera has 35 km of Montenegrin coast and more than 12 km of sandy beaches. Some of the most familiar beaches are Jaz, Becici beach, Kamenovo, Queen's beach, Sveti Stefan Beach, but there are many less familiar ones such as Drobni Pijesak beach, Perazica Do, Crvena Glavica and many more that offer perfectly clean emerald water and are guarded by old olives, pines and greenery in the back.

Between Sveti Stefan and Petrovac is Rezevici, a small village in the Budva municipality, is settled with a wild beach. Drobni Pijesak and Perazica Do are located nearby. Drobni Pijesak is a secluded beach, which makes it perfect for tourists who wish to get away from the noise and chaos of the city.

Several kilometres up the coast from Budva and south of Sveti Stefan lies Petrovac one of the coast's more laid back and stylish resorts. Petrovac is a beach resort on the Adriatic coast that offers warm Mediterranean waters and sandy beaches to families and tourists visiting this popular location.

Buljarica is possibly the greatest development potential along the Montenegrin coast, well suited for all types of tourism. It has the longest beach (approximately 2,300 metres) on Budva Rivera, and second longest beach on the Montenegrin coast, and it goes from Petrovac in the direction of Bar. About half of the beach is sandy, the side that is closer to Petrovac, while the rest is stony. This is an ideal place if you want to avoid big crowds in the middle of the tourist season. Buljarica is the site of this year’s Sea Dance Festival. Situated on a beautiful Montenegrin white, turquoise and green shoreline surrounded by picturesque mountains – it makes an ideal festival destination for an array of world-class performers.