In the latest report of the International Monetary Fund (IMF), growth of the rates is predicted in the economy of Montenegro, and in 2014 the rates were increased from 2.4 to 2.8 percent.

The IMF has once again this year changed the outlook for gross national product of Montenegro. In January 2014 the Fund predicted the economic growth of the country by 2.9 percent. In March, the forecast has been adjusted and reduced by half. Now the IMF is almost back to the indicator contained in the report of the Fund, published in the beginning of the year.

International Monetary Fund experts believe that the trend of growth of the Montenegrin economy will continue in the next two years. In 2015, the IMF predicts growth of 2.9 percent, and at the end of 2016, this figure could reach even 3.1 percent. 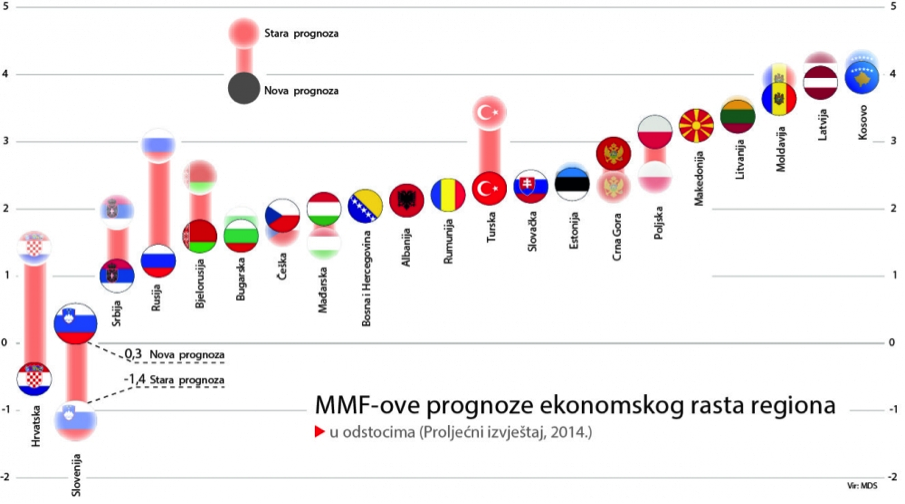 According to the analysts of the United Nations specialized agency, the inflation rate in Montenegro will not grow so rapidly. With 0.3 per cent this year, it will rise to only 1.1 percent in 2016.

The IMF suggests that the political crisis in Ukraine could negatively affect the performance on the economies of the countries that are habitually referred to Eastern Europe. In addition, it says that the economy of the European region in 2014 will recover is not as fast as was expected.

According to IMF assessments, at the end of this year Croatia will be a country with a negative index of GDP. Slovenia has also become one of the countries with problematic economy. Slovenian gross national product growth is predicted at 0.3 percent.